I have called you by name; you are mine.

I have called you by name; you are mine.

August 19, 2019 - by: Annette Spence The Call to Cook
Somebody in this room has a piece of cake with his name on it.

In fact, I’m told three people are here tonight with August birthdays. The giant monthly birthday cake has several names on it, but Walter, Isaiah, and Rommel reportedly have already picked up their personalized slices.

The whole room is dining on chicken, green beans, mashed potatoes, macaroni and cheese, and peach cobbler. It smells great, but I don’t want to eat because it might deny someone a second helping. 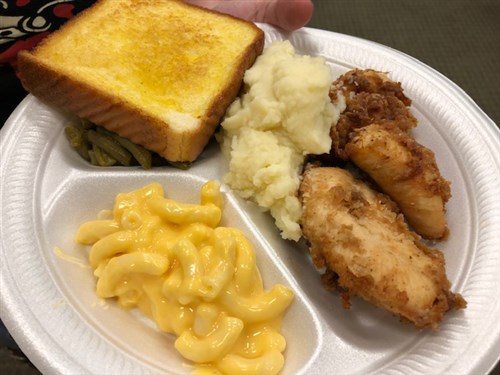 Besides, I’m scanning the tables for Walter, Isaiah or Rommel.

It’s Sunday night at First-Centenary United Methodist Church, where 55 to 80 people come to hear the Rev. Barry Kidwell preach every week, followed by a hot meal.

Many of these folks are homeless. Almost all are down on their luck in some way.

But they’re here now in a comfortable, air-conditioned church in downtown Chattanooga where Barry shares the Gospel and friendship. 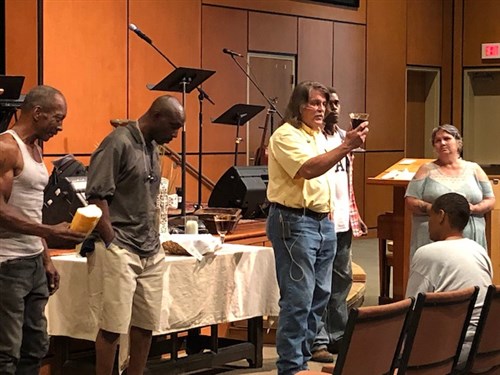 Barry’s been reaching out to people that other people don’t want for a long time now. When Holston Conference sold his church, Forrest Avenue United Methodist, to developers of condominiums in 2010, Barry found other churches to host his congregation and founded Mustard Tree Ministries.

Where are Walter, Isaiah and Rommel?

Different groups and churches eagerly sign up to provide and serve the meal every Sunday night, says First-Centenary’s Cindy Ruff. The 2019 calendar is already full of cheerful givers. 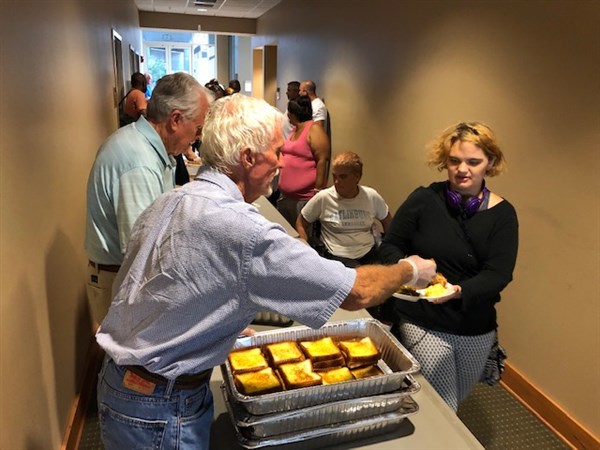 Tonight, I learn the Capehart family has brought their extended family and the pastor’s family from Two Rivers Church to serve the meal.

“I try to do something different than spaghetti or lasagna,” says Lisa Capehart, who signs up to serve the meal every two months. (Later, Cindy reveals the least-favorite meal for this group is lasagna, because it’s inexpensive and served often.)

While some groups prepare the meal themselves, Lisa says she paid a caterer $600 for tonight’s food. “It’s more enjoyable for us, and caterers know how to feed a lot of people at once,” she explains. “It’s like tithing for us.”

Lisa has designated the children of her family to offer desserts at the tables, after the guests have gone through the buffet line. The kids take their assignment seriously, swarming the room and politely approaching every guest with bowls of peach cobbler or birthday cake. 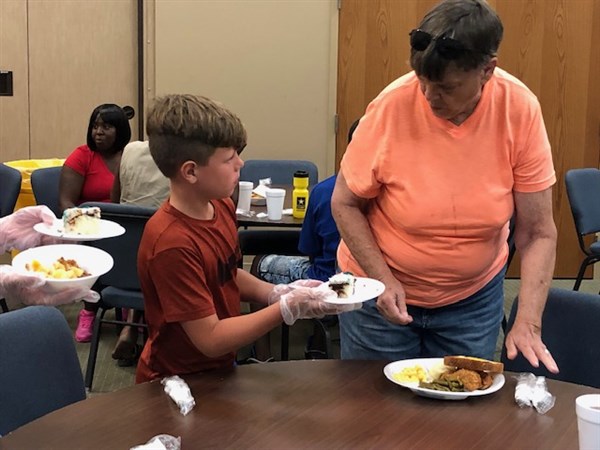 “It smells like rolls,” says one young dessert-server, as warm, fragrant peach cobbler is spooned out.

Rolls? I think about that for a moment and wonder if it’s the breading that smells like fresh bread to her. 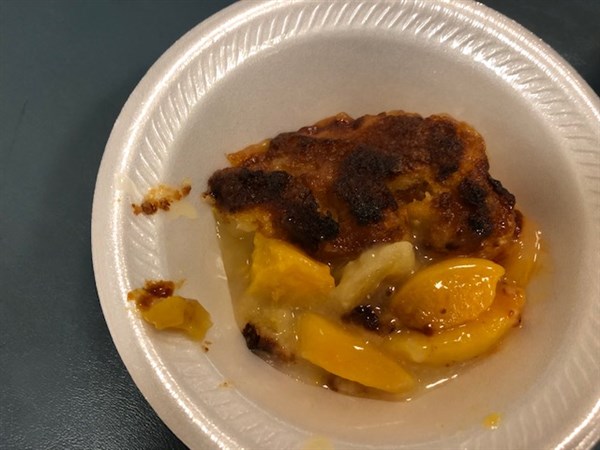 Finally! I found Rommel! There’s his cake! I goofily ask him if it’s his birthday.

“I’ll be 52 on August 22,” he says, before announcing his next child will be born in March.

I tell him happy birthday, congratulations, and that I am older than he is.

We chat for a while, and then Rommel indulges me by letting me take a photo of him.

“Some of these people never get a cake on their birthday,” Cindy explains. So she orders a full sheet cake every month to celebrate the birthdays of Mustard Tree’s guests. The servers carefully cut the slices with their names and set them aside.

I never found Walter or Isaiah, but I hope they have a happy birthday, too. 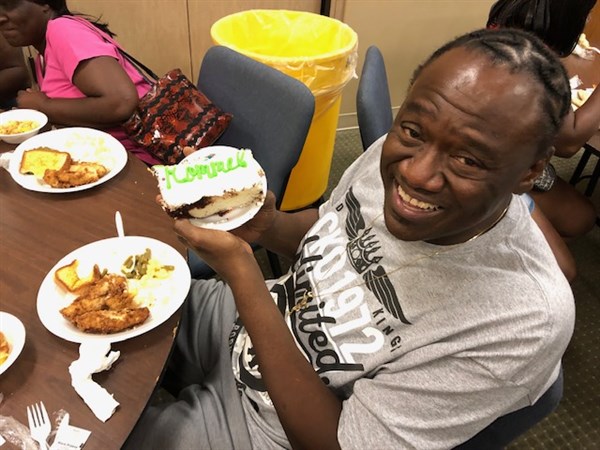