Eston Boles was a great cook, his daughter remembers. He had to be, because he was the eldest of 13 children born to tenant farmers in Spring City, Tennessee.

“His mother taught him to cook to help her,” says his daughter, the Rev. Sherry Boles.

When Sherry’s parents married, they moved to Chattanooga, but Eston could still fill a skillet with home cooking inspired by the land and lakes of his childhood: Fried chicken. Fish. Okra. Green tomatoes. Biscuits and gravy. Cornbread.

“They cooked what they grew on the farm,” says Sherry. “He liked simple food.”

Today, Sherry is senior pastor at Bearden United Methodist Church in Knoxville, Tennessee. She says she’s “not much of a cook,” but since the pandemic left her with a lot of time at home, she recently tried to recreate her father’s cornbread.

The cornbread she craves is crackly-crusty from an iron skillet made to sizzle in a hot oven.

“He had a trick where he took the cornbread out of the oven, flipped it, and put it back into the oven for the last few minutes.”

She regrets she didn’t get the recipe written down. “I asked him for it once, and he said, ‘There’s no recipe. You just do it.’”

Eston Boles died in 2009. His obituary said: “He will be missed by the United Methodist Men for his Saturday breakfast.”

His monthly Southern breakfasts were so legendary, the men had a chef’s hat made for him, with his name embroidered on it.

“Do you have his hat?” I asked Sherry. 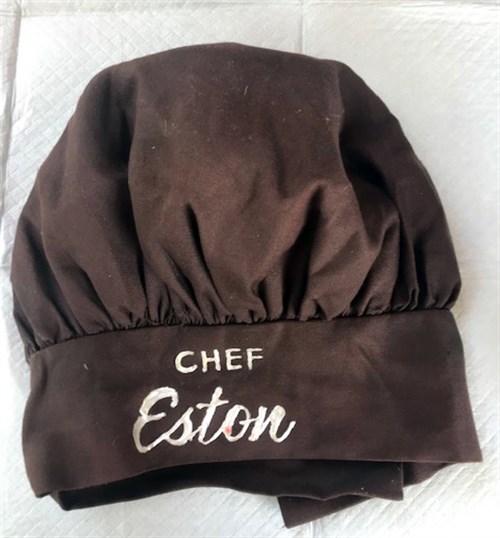 Happy Father’s Day out there to dads with memory-making power and the sons and daughters who love them.