Icy roads caused school to be closed on December 11, but that didn’t stop Kodak United Methodist Church from going ahead with its monthly community dinner.

Pastor Melissa Smith says it was only the second time the congregation hosted “Kodak Church Night.” Seventy people attended, including eight who are not church members.

The idea is for church members to invite community members to a good dinner and an activity, which on December 11 happened to be homemade barbecue and working on gingerbread nativities. 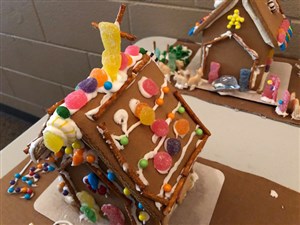 In November, Kodak invited the community to a chili/ soup cook-off and ornament-making.

Melissa walked me over to the table where the gingerbread nativities were on display. The creation voted “best of show” featured a pretzel star and graham-cracker manger …. “But this one is my favorite: the angel with the blue eyes,” said Melissa.

About that time, Sammy came over to the table. Pastor Melissa commented that he was among those who seemed to enjoy eating the construction materials as much as the creative process.

“What were you eating, Sammy?” I asked. 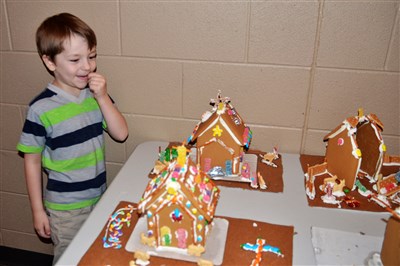 Apparently, there was enough to go around. The Sour Patch Kids that escaped Sammy found their places as shepherds, wise men, angels, Mary and Joseph  — nestled among a barnyard full of animal crackers and a gumdrop Baby Jesus. 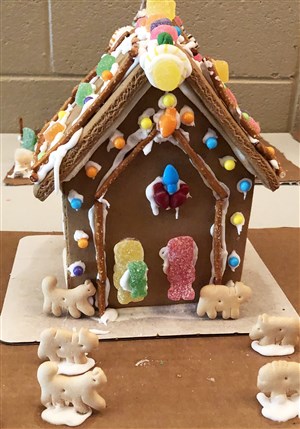 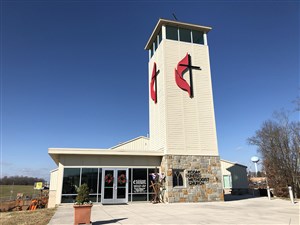