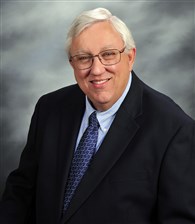 In an effort to better represent our entire regional area as a Connectional Body of Christ, the Chattanooga District of The United Methodist Church has adopted a new identity. Our District which encompasses multiple states is now known as The Scenic South District. There are many details that will need to be changed and much work to do to make this transition. We thank you for your understanding and we welcome your prayers as we go about this task. If you have questions or concerns please contact the District Office.

You may also connect with us on FACEBOOK by clicking here or "friending us" https://www.facebook.com/chattanoogaumc/

How to help: See below

CHATTANOOGA, Tenn. (Oct. 6, 2015) -- Marcy Hall knew about the bed bugs and filth. She knew the children who got off the school bus at the extended-stay hotel lived in a “horrible place” with decaying stairwells and high crime.

When city officials finally condemned the Superior Creek Lodge on Sept. 9, about 1,500 people including 300 families were immediately displaced. The former tenants panicked. Children didn’t show up for school. People were seen walking down the street with pots and pans on their backs.

That’s when East Ridge United Methodist Church went into overdrive. When the newly homeless families needed help, the nearest United Methodist church had already been in a relationship with them for three years.

“The school social workers came to talk to me about the children,” said the Rev. Ken Sauer, pastor at East Ridge UMC. “They knew us, because we were down there at the hotel every day.”

“When I really got to know the families – when I started hanging out with them – I started to hear their stories,” said Hall. “All of them had something else going on, besides needing a place to live.”

As the school and displaced families began to react to the closing of Superior Creek Lodge, East Ridge UMC’s ministry shifted to a new focus.

“The church opened as a shelter that first night,” said the Rev. Brenda Carroll, superintendent for the 59 churches of Holston’s Chattanooga District. “East Ridge is a model for how churches should work, because they knew those families and their names.”

East Ridge UMC brought 10 families (about 35 people) to live in Sunday school rooms, until they could find homes for them. Church servants then worked – along with other agencies including Metropolitan Ministries, Catholic Charities, and Salvation Army – to find homes, jobs, transportation and meet other needs for the refugees.

While several United Methodist churches and other churches and groups quickly responded with food, money, gift cards, transportation, and volunteer help, workers said they were surprised by the lack of response from the public.

“If an animal shelter closed, and dogs and cats were being put out on the street, there would be such a public outcry,” said Becky Hall of Christ United Methodist Church. “These are human beings. I’m amazed at how the general public is so desensitized.”

“They’re good people," Sauer said of the hotel residents. "They’re just poor, and there’s nothing wrong with being poor. Jesus said to love our neighbor, but society treats them like they’re disposable. It makes me sick. It makes me want to cry.”

Two local United Methodist churches, Christ and Jones Memorial, each adopted two families. The Rev. Barry Kidwell of Mustard Tree Ministries, who has worked with Chattanooga’s homeless for years, is providing counsel and aid to Hall, who recently moved the full-time crisis operation to her trophy and plaque shop.

“I couldn’t have done any of this without volunteers,” said Hall. She isn’t paid for her ministry and has adopted one of the single-mother families.

The needs for the displaced families often go beyond housing and involve paying the first month’s rent, paying old utility bills, providing furniture, groceries and transportation. So far, East Ridge UMC has received $39,280 in donations to help the refugees, about half from United Methodists, according to church treasurer Jackie Watson.

As of Oct. 4, forty families in Marcy Hall’s files had been placed in apartments and houses through the efforts of United Methodists, Metropolitan Ministries and other groups. Thirty-two more families still need permanent homes, Hall said. Organizers say they are trying to avoid the use of other extended-stay hotels, which can perpetuate the cycle of poverty and are also in danger of condemnation.

“The biggest challenge is just finding affordable places with landlords who will rent to them,” said Anna Kat Horne of Metropolitan Ministries, a ministry of the Episcopal Church.

“They’re just thrilled when they find a place, especially the kids,” said Hall of the refugee families. She described one single-mother family that has been placed in a camper until the weather turns cold, when church workers hope to find her a more permanent place.

“She thinks she’s won the lottery,” Hall said of the single mother. “She’s living in a community of retired people, so it’s a safe place for her daughter.”

The crisis is expected to go on indefinitely, organizers say, as low-income housing diminishes in Chattanooga. The city has a 23.9 percent poverty rate, compared to 14.8 percent for the U.S., according the U.S. Census Bureau.

East Ridge is bordered by Chattanooga to the west, north, and east, and the Georgia state line to the south. The displaced residents of Superior Creek Lodge comprised 7 percent of East Ridge’s total population.

“We have a housing crisis here,” said Eileen Rehberg, a community services director for the United Way of Greater Chattanooga. “We’ve got a disaster and no housing.”

Yet Rehberg said she is inspired by East Ridge United Methodist Church (average worship attendance: 102) who started loving their neighbors three years ago and were ready when the crisis came.

“They were already working with those family connections, and that is so powerful," Rehberg said. "This makes me very proud of the United Methodist Church.”

> Churches that will adopt families